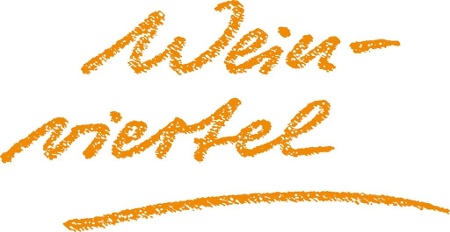 Responsible for this content
Weinviertel Tourismus GmbH Verified partner  Explorers Choice
Add comment
The cycle route is well signposted over its entire length. You will see various types of signs as you pass through Lower Austria, the Czech Republic and Slovakia. The European flag with the number ‘13’ is the route's consistent identifying symbol. View illustrations of the different signs in use here.
moderate
Distance 406.1 km
Duration21:00 h
Ascent2,951 m
Descent3,238 m
Highest point668 m
Lowest point133 m
New signs have been put up all along the route, both on the Lower Austrian side (Wald- und Weinviertel) and on the Czech side. By 2019, the cycle route will be made even more attractive to visitors, with all kinds of ways of experiencing stories, nature and culture, all connected with the theme of the Iron Curtain.

There are over 100 bicycle-friendly businesses throughout the wine district (Waldviertel) all geared to the needs of cyclists. You can find a list of all of these on our website.

You will also find a range of bicycle-friendly accommodation and catering in the Waldviertel, all specially equipped to cope with cyclists’ needs.

From Gmünd, the route leads off in a northerly direction. The first stage is just right for the beginning, leading along a pleasantly level trail towards Brand - Nagelberg. As you progress along the route, the narrow-gauge railway comes and goes en route to Litschau; in summer, diesel locomotives travel the route between Altnagelberg and Heidenreichstein. The cycle trail leads through Finsternau, along a delightfully diverse route of woodland and scenic views, to Austria’s northernmost town of Litschau, which offers a perfect opportunity to relax from the day’s cycling at the natural swimming pool of the Herrensee.
Tip: The first stage of the Iron Curtain Trail, from Gmünd to Litschau, can also form part of a rally tour.

More information on bicycle rally tours is available from: https://www.lower-austria.info/bike-rallies

Tip! The rustic top inn – Gasthaus Perzy in Rottal! Once in the Czech Republic, the cycle route first takes you through the ‘Bohemian Canada’ region.

The wonderful Renaissance-style houses in the old city of Slavonice resemble fine lace sculpted out of precious stone. This picturesque town is one of the most beautiful in the country!

After crossing three borders, the trail takes you past the golf and horse riding village of Autendorf and into the medieval Drosendorf. The town is situated on a high-lying promontory, surrounded on three sides by the Thaya, as it flows past. This is the only town in Austria whose city walls have been fully preserved. The main square is framed by baroque façades and old burgher houses.

Tip! In the main season, you can take the Reblaus Express adventure train from Retz to Drosendorf and back. You can take your bicycle with you free of charge.

From Drosendorf head up to the picturesque village of Vratěnín, which lies already within the region of South Moravia. You can visit the castle in Uherčice or you can cool down in the natural swimming pool in Langau in Lower Austria (which also offers visitors a rural museum). There is an interesting museum for pearl oysters in Felling. You will leave the Waldviertel region after the village and enter the Weinviertel wine region. Before entering the Czech Republic you will visit the smallest Austrian town of Hardegg with a beautiful silhouette of the castle above the Thaya River.

From Hardegg, you will ascend across the restored border bridge and through the Podyjí National Park to the visitors’ centre of Čížov with well-preserved structures dating from the Iron Curtain. From here it is not far to the royal town and the capital of wine, Znojmo.

From the medieval town of Znojmo you will go past the first centre for tourist information and services in the Czech Republic, then you will cross the bridge and climb the unpaved path through Konice to Havraníky. Next will be Šatov with a nice wine-cellar lane, a painted wine-cellar and a bunker behind the village. In Austria, be sure not to miss the wine centre of Retz.

From the picturesque town of Retz you will enjoy a comfortable ride through the Pulkava River Valley up to Hadres. At 1.6 kilometres long, Hadres is the longest cellar lane in Central Europe. You will pass through Seefeld-Kadolz to the Czech side, followed by Jaroslavice (castle) and past what is the third largest pond in Moravia, and then on to Hevlín and the town of Laa an der Thaya. Laa is famous for its water castle but mainly for its thermal spa where visitors can relax.

Tip! Find out more about the Inspector Polt thrillers and discover the filming locations by bicycle.

Rested from the thermal spa in Laa an der Thaya, you will set out through a landscape dotted with vineyards to Wildendürnbach, famous for its spiral cellar alley called Šibeniční Vrch (Gallows Hill). From here, past the rest area at the Ottental-Mikulov crossing, it is just a short ride to romantic Mikulov. After Mikulov, the route enters the Lednice-Valtice Cultural Landscape, an area listed among the UNESCO World Heritage Sites. The history of the Iron Curtain is documented at the Valtice Museum, set up in a former customs building.

You will go from Valtice through Boří Dvůr up to the Břeclav-Poštorná–Reinthal border crossing. Before entering Austria, you can have something to eat or visit the Liechtenstein House in Břeclav or head to the confluence of the Thaya and Morava Rivers, where remnants of the original fence have been preserved. The Iron Curtain Route leaves the Czech Republic near the confluence of the Morava and Thaya Rivers near Břeclav and subsequently the route crosses the trails in Austria and Slovakia.

From Mannersdorf an der March you return to Slovakia at Záhorska Ves. The route then continues through fields to Vysoká pri Morave, which back then, was actually divided by the boundary of the Iron Curtain. Further south, you cycle close to the bank of the Morava, and at the small settlement of Devinske Jazero, there is a snack bar. From here you can see the Volkswagen Slovakia plant on the left and an impressive arched bridge on the right, which supports the railway line between Bratislava and Vienna. At the level of Devínska Nová Ves, the ‘Bicycle Bridge of Freedom’ has since 2012 formed the connection between the EuroVelo 13 on the Slovakian side and the Kamp-Thaya-Morava cycle path as well as the Marchfeld canal cycle path on the Austrian side by Schlosshof. The steel construction was erected in a cross-border cooperation between Austria and Slovakia, also as a symbol of good neighbourliness. It is also worth making a detour at this point to Schlosshof. The route continues further southwards along the Morava to Devín. On the road it then goes on to Bratislava. Cyclists then take the bridge to the other side of the Danube, where the view of the majestic river and the capital, Bratislava, is quite splendid.

IMPORTANT INORMATION! The EuroVelo 13 cycle route runs on the Slovakian side on the section Theben – Bratislava on the ‘Devínska cesta’. This section is a main traffic artery used by many lorries and buses and where speed limits are frequently ignored. The road is very narrow and in many places there is no hard shoulder. There is also a lot of dust due to a nearby refuse dump and stone quarry. For this reason, we recommend going back about 5 km from Theben to Devínska Nová Ves and taking the train from here to Bratislava!

Things to Bring if Staying in a Hostel